The biggest culture shock I experienced when first arriving in the Land of the Rising Sun, was not the hoards of fish and seafood delicacies, nor the timed precision of the JR rail system. No, none of these compare to the challenge of figuring out how to flush a Japanese toilet.

While I was staying in a youth hostel in downtown Tokyo, I was lucky to have a private room and bathroom. Everything seemed normal except that the toilet had about 30 different buttons on a panel right next to it, and yet the flush handle was no where to be found. Instead, the toilet bowl lid would lift up to greet me, then a little water hose nozzle mechanically came out of hiding from within the toilet bowl. The only thing less than helpful was a lamenated instruction card titled “Gist for Use”. I didn’t know Japanese and therefore still didn’t know which buttons on the panel to push. To remedy this predicament, I started to press every single button on the little panel. Yet, nothing happened. I spent the next 2 days reenacting this scenario, hoping that one of these times I would actually push the right button and the toilet would magically flush everything out of my life. Finally I noticed a little metallic knocker that I thought was supposed to be used in emergencies if you fell down. To my surprise there was a round button underneath it and when I pushed it, the toilet flushed! Although I was quite proud of myself for finally figuring out how to flush a toilet after only spending 48 hours in Japan, I still had a few mishaps.

While at a work meeting, I needed to use the restroom and having figured out the flush button 3 days earlier, I felt very confident in my bathroom abilities. I did my thing, put my pants back on, then pressed what I thought was the flush button. Instead of a loud familiar rushing sound, a fountain of water began to spray out of the toilet bowl and onto the floor of my employer’s bathroom. Freaking out because…well…water was being projectiled out of the toilet, I did what any reasonable person would do; stick my hand in the toilet. I sat there for awhile letting the bidet water massage my palm while pressing more buttons on the wall. Finally the spraying subsided. Here I was, sitting halfway on a toilet, with my hand all wet, at my work, with water all over the floor. Turns out, the button was where any American flush handle would be. I apparently had been too distracted by the seat warmer and personalized bidet spray panel on the wall to notice the regular flusher behind me. 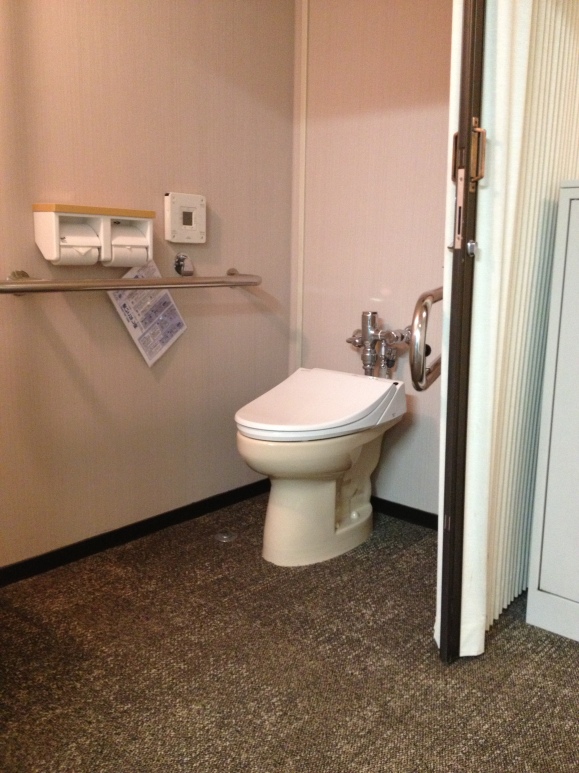 Advice: never trust a Japanese toilet panel unless there is a sign that specifically points to a button that says “flush”. Apart from this one exception, ALWAYS look for a metallic flusher on the side of the toilet, or on the wall next to you. Do not get distracted by the fancy gadgetry.