Last Sunday I found myself in an inopportune situation with a flat tire after a nice stroll at Crescent Beach, BC. Whenever this happens in the States, I end up going to a bike shop since my tires are essentially bike tires connected to my push rims. I go to a bike shop, because it’s a much easier process than trying to find a medical supply company that specializes in wheelchair maintenance. In the past I’ve dealt with reps that try to pawn off their old supplies on your, offer terrible advice on how your chair should be, or make it difficult to even see someone and require a doctor’s script before they even look at you. In other words, navigating the US healthcare system sucks. Do I bypass and go straight to people who can get things done.

So. This is what I did in Canada. I know that the health system here is different, but since I am not a citizen with healthcare rights, I thought the best way to deal with this situation was to go to a bike shop. I ended up going to two. The hardest part was that the type of tube that I need is a weird size, made specifically for wheelchairs (go figure) and bike shops don’t carry in stock the smaller size of tube. But I’m usually okay waiting for them to special order. But the supplier was out of stock. Leaving me hopeless.

But wait! I hadn’t tried contacting a Canadian medical supply place for the tube. Surely they could have one in stock. And… lo and behold they did! I called one place who had one in stock and reserved it for me to pick up but they didn’t have the specialty to actually install it. I’d have to go to a bike shop for that. Which was fine. I had the part. But then, I called another supply place and they have the part and a professional on staff who could install it in house. Perfect! So I called the first store to let them know they didn’t need to reserve the special tube for me anymore, and in true Canadian fashion the man on the telephone was just so happy that I was able to find another supplier who could help me. He didn’t even care that he lost business!

So then I went to the new supplier. While the wheelchair tech was working on my chair I made myself comfortable on one of the fancy La-Z-Boy recliners. When my chair returned, not only had the tech fixed my flat tire but he noticed a screw from one of my push handles was missing and replaced it, and also saw that one of my axel screws was loose (a result of traveling to Amsterdam 2 years ago…. I never fixed it because no shop in the US would see me so I’ve just been dealing with it for that whole time… the biggest annoyance being that one of my sideguards would rub on my wheel like having a soft parking brake…. builds character I suppose). In other words, this tech gave me a brand new chair in less than 15 mins. It’s amazing when your wheelchair works the way it’s supposed to. The front office clerk asked if I had the royal provincial insurance and I said no, I was just visiting and I’d pay out of pocket. $40 Canadian. What. That’s like $30 American. Includes parts and labor. That’s essentially just a co-payment in the US.

I recognize that I was very lucky that I spoke the same language that they do in Canada and I was there long enough to justify fixing this situation immediately rather than just adapt as I am wont to do in other countries (ie. Amsterdam). But it got me thinking how easy it still might be traveling in a foreign country (albeit maybe a more developed one) to just get things done even if you pay out of pocket, and made me wonder what was actually possible when traveling in a foreign land and things break down. Maybe I’d be okay when the inevitable happens. Like a flat tire. 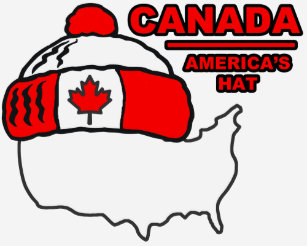 This weekend was Easter…and I decided to celebrate it by going to a Ukrainian Catholic Easter service on Saturday.

You know it’s going to be good and authentically Ukrainian when the van in the parking lot has the license plates “Borsch” on it.

The service was about 3 hours long and was all in Ukrainian. Turns out….I don’t know Ukrainian. But one really cool thing that is unique to Ukrainian culture and Easter is that at the service, everyone brings a basket with a variety of food and goodies inside, and at the end of the service, the priest comes by with his swinging incense and blesses all the baskets. Really cool to witness.

Afterwards, there was a dance performance by the children in the congregation, all dressed up in authentic Ukrainian garb.

I have to say…that seeing small children all dressed up and speaking Ukrainian was one of the most adorable things I witnessed all weekend.

I guess, the point of this post is that….sometimes you don’t have to travel far to get a new cultural experience.

What’s in a name?

I want to start the christening of this blog with a post explaining the name of the blog. It was suggested to me by a good friend from high school who has the same initials as me.

One quick story that illustrates our relationship pretty well was when we were heading home from an event and I was getting in her car. I was giving her lip about something ridiculous (probably) and she wasn’t going to take it anymore, so she threatened to take one of my wheels from my wheelchair and leave me on the side of the road to fend for myself. She was serious. I stopped being annoying. Whenever she tells other people this story, they look very distraught and think that she’s an awful person for threatening a poor innocent girl in a wheelchair. Whenever she tells ME this story, I laugh…because I deserved it. And it just goes to show what an awesome friend she is, because she was willing to threaten me with or without a disability. She has done both.

The title of this blog is “Lena boards first” and refers to my name and the fact that if you’re traveling on a plane and use a wheelchair, you get to board first before all the other passengers! Even before the first class passengers! Of course, you are also the last to deboard after everyone else has left, but “Lena deboards last” sounded not as fun.

I love this title because it’s not too wheelchair cheesy with bad puns that include “wheel” or “roll” (although I do like my subheader), but it also illustrates that this is a blog that is intended to help individuals with disabilities travel the world. My intention is to provide you with personal anecdotes and advice that I’ve learned while on my own travel adventures around the world, and hopefully remove some of the barriers and lack of information about traveling with a disability. The world is too great for you not to explore it!